I've thought about this day all week... the day seemed to jump off the calendar as I continued to see "Easter," and written below it "Maddox~ 2 months." Although this is hard, as it is one more day to mark a short milestone in this journey, surprisingly, I looked forward to it with great joy and anticipation. How incredible that exactly 2 months after Maddox shortly graced us with his presence, we find ourselves on Easter Sunday! Here we are again where the time that has passed seems so short, and yet so long.

Now that I'm here today, in this moment, I realize that it is definitely one filled with emptiness. My arms are empty. The place where Maddox took over my heart is empty. The room in our home where he should have laid is empty... But, you know what else is empty?... The tomb where Jesus was laid! The emptiness there in that garden, 3 excruciating days after Jesus was nailed to the cross, is now the most wonderful promise offered to anyone who will accept it. Jesus Christ has risen. He is alive and because of that empty tomb, we can be eternally filled!

The sermon this morning spoke of these very things. Ben Young preached of the emptiness that so many people experience, and that, incredibly, some times emptiness is exactly what God wants. He wants us to come to Him empty-handed, looking only to Him to fill us back up. Ultimately, God's Son died on the cross and rose again for the emptiness that filled the world. Now each of our lives can be completely filled, and overflowing, when we look to Jesus Christ to be the only true Life Giver.

No doubt many of you have heard very similar messages repeated each Easter as followers of Christ throughout the world celebrate the Resurrection. But something that hit me, something a little different this year was when Ben mentioned the empty places in our lives. Many of us aren't empty, or lost... in fact, many of us know the Lord and ask him to walk with us daily... But, I would venture to say that most every person has an empty place in their life. A place that continues to hurt. A place that causes us to stumble. A place that isn't allowing us to live fully for Him. In that place, that is where I am to ask the Lord to fill me up. That is where I come to Him, on my knees and on my face, asking that He be my provision.

I'll be honest... I've asked for many, MANY things these past 6 months. I've asked for many things for myself, for many things for many of you... but for some reason I haven't asked that the Lord completely fill that emptiness in my heart, in my arms, and in my home that Maddox has left. No one will replace my son, but the Lord can surely fill that space with something glorious! Him.

So on this day that I celebrate Maddox's 2 months in Heaven... mostly I celebrate the fact that the tomb is empty. Christ rose from the dead and through His resurrection, I am promised to spend eternity with my tiny boy who is already in the arms of his Maker. And wow... if He can do all of those things, He can surely fill the empty places in my life! This is sure to be a beautiful, blessed day.

"Early on the first day of the week, while it was still dark, Mary Magdalene went to the tomb and saw that the stone had been removed from the entrance. So she came running to Simon Peter and the other disciple, the one Jesus loved, and said, "They have taken the Lord out of the tomb, and we don't know where they have put him!" So Peter and the other disciple started for the tomb. Both were running, but the other disciple outran Peter and reached the tomb first. He bent over and looked in at the strips of linen lying there but did not go in. Then Simon Peter, who was behind him, arrived and went into the tomb. He saw the strips of linen lying there, as well as the burial cloth that had been around Jesus' head. The cloth was folded up by itself, separate from the linen. Finally the other disciple, who had reached the tomb first, also went inside. He saw and believed. (They still did not understand from Scripture that Jesus had to rise from the dead.)

Then the disciples went back to their homes, but Mary stood outside the tomb crying. As she wept, she bent over to look into the tomb and saw two angels in white, seated where Jesus' body had been, one at the head and the other at the foot. They asked her, "Woman, why are you crying?" "They have taken my Lord away," she said, "and I don't know where they have put him." At this, she turned around and saw Jesus standing there, but she did not realize that it was Jesus. "Woman," he said, "why are you crying? Who is it you are looking for?" Thinking he was the gardener, she said, "Sir, if you have carried him away, tell me where you have put him, and I will get him."

Jesus said to her, "Mary." She turned toward him and cried out in Aramaic, "Rabboni!" (which means Teacher). Jesus said, "Do not hold on to me, for I have not yet returned to the Father. Go instead to my brothers and tell them, 'I am returning to my Father and your Father, to my God and your God.' " Mary Magdalene went to the disciples with the news: "I have seen the Lord!" And she told them that he had said these things to her."- John 20:1-18
Email Post

Chelle' said…
"My arms are empty. The place where Maddox took over my heart is empty. The room in our home where he should have laid is empty... But, you know what else is empty?... The tomb where Jesus was laid!"

Kenzie- I didn't know you before Maddox... but I am certain that I am blessed having known you SINCE.

With such humility and grace you have stated GOD'S HEART, for all who believe, in this statement...

"but for some reason I haven't asked that the Lord completely fill that emptiness in my heart, in my arms, and in my home that Maddox has left...if He can do all of those things, He can surely fill the empty places in my life!

This is what He longs to do in the hearts of all those who follow Him. He offers us WHOLENESS in Him and not just eternity with Him. (Not to make less of the latter)

Thank you for sharing with me and all of us who read.

check this out- John Piper's son - I thought you'd find encouragement from this....

Laurie in Ca. said…
Beautiful message from your heart today Kenzie. As I read your words, I too have a few empty places in my heart that need to be filled. We never stop learning and growing in Him. I am praying for those places in your heart and arms to be sweetly filled by the One who holds Maddox in His scarred hands today. Wounded and Risen for us, how priceless.

Anonymous said…
Kenzie,
What a beautiful post - I continue to pray for you and your family.

Lezlie said…
Your perspective continues to amaze me. Ben Young was "on it" this morning and I appreciate you reiterating his points. He is risen! We love all four of you this (and every) Resurrection Day!
23 March, 2008 20:20

Kim (marygracesummons.blogspot.com) said…
Kenzie,
I am so blessed to know you. You will be filled, we all will be until our cup runeth over! The tomb is empty and Jesus is with our sweet babies. Thank you for sharing your heart today - a very special day for you and your family.
I love you friend.
Kim
23 March, 2008 20:59

I am Heather...creator of all things crafty! said…
Kenzie, Can you email me your email address. I have a question I need to email you rather than open forum. Thanks. Heather
casaderice@att.net
23 March, 2008 21:06

I was inspired by my sons nurse, so I became a nurse. I'm momma to 4 boys one with RTS, one with T1D. I get my therapy and strength through crossfit and take each day as it comes. said…
Brought tears to my eyes. Your words have brought so much healing to me, it was no accident that I stumbled onto your blog a few months ago.
Thank you for your testimony.

The VW's said…
Wonderful mesage! Thanks for sharing it! It brings tears to my eyes and fills me up!

Anonymous said…
Kenzie- You always but words together so beautifully they been so much to so many of us. I have been wondering how your very handsome Deacon is doing? Would love to hear an update on him.
God Bless you and your family.

Cyn said…
Needed that this morning. As my marriage comes to end all that I am is empty......and praying that God continues to strengthen me as I try to move forward. Thank you for your words of encouragement even in your difficult time.
24 March, 2008 10:50

You continue to just AMAZE me. Your words are filled with so much HOPE, so much wisdom and what a gift you have in expressing each one.

My life has been so challenged and enriched since the first day I stopped by.

Oh, one day I will thank Maddox for you.

Thanks for pointing me to Jesus each time I come by.

Jaclyn said…
thank you for sharing your beautiful heart. You continue to teach and challenge me!

I love it. It is so true. Thank you for sharing this! As God blesses you, He is blessing me to.

Tara W. said…
I had never heard of T-18 until I began following your journey, "Happy's" journey, Jacob's journey and Eva's journey. However, I saw this on MSN and thought that it was interesting. I just wanted to share it with you.
25 March, 2008 12:00

Tara W. said…
I had never heard of T-18 until I began following your journey, "Happy's" journey, Jacob's journey and Eva's journey. However, I saw this on MSN and thought that it was interesting. I just wanted to share it with you.
25 March, 2008 12:00

pam said…
Wonderful post. We ALL look for things and people to fill the core of our being, that place that only God can fill. Hopefully our circumstances send us running to Him. He knows more fully what even you can not express. Praying you know His presence, His whispers--to fill that void.
25 March, 2008 13:08

Your words NEVER fail to encourage me....today, as always, I leave your blog feeling so much better than when I came! I love ya girl, and thank you for your sweet words that bless me (and sooooo many others!) constantly!

I am Heather...creator of all things crafty! said…
Hey girlie, do me a favor, stop by my blog and vote for me on my friend's blog, My Semblance Of Sanity's photo contest. I wanna win the contest! Thanks. Heather
26 March, 2008 21:06

Cathy said…
Kenzie,
Thank you for visiting Annabel's site. Your words are very uplifting and encouraging. I would have love to have met with you but it was really quick and I rarely left her beside. When they are ill it is so sad when their eyes just look at you and say please help me. Each night I was so drained, but today when we woke she greeted me with that beautiful smile. Again, maybe one day when I come to Houston I could meet with you for lunch.
Cathy & Annabel
27 March, 2008 19:50 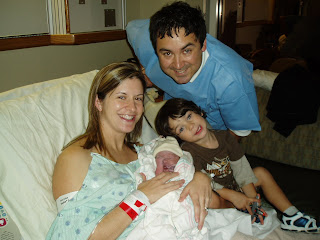 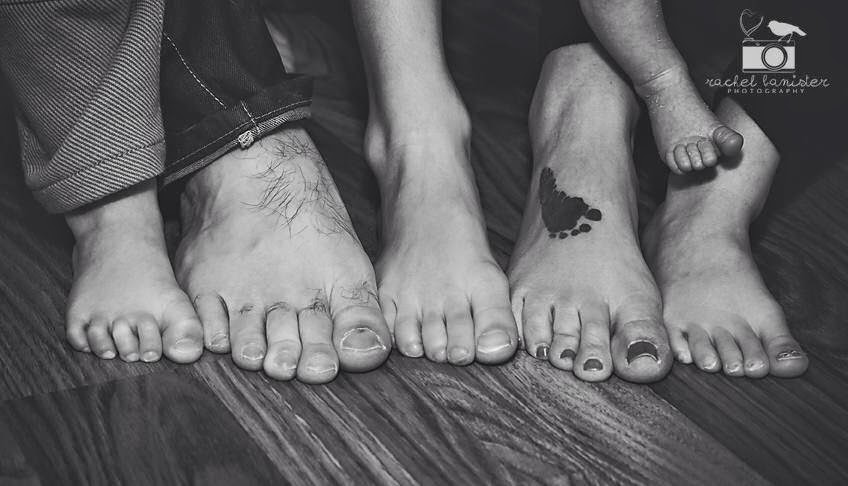